Skip to content
How to book the hall
MAKERS' MARKETS

The Village Hall committee has secured some of the best talent for exceptional bi-annual comedy nights since 2014. (Each evening is organised by Off the rails Comedy Club). These nights have proved extremely popular with local audiences from the village itself and stretching to all surrounding areas.

Typically priced at approximately £12-15 per ticket, the event is both affordable and great fun. The evening opens at 7.30 pm with the last act usually finishing between 10.30/11pm.  These events do sell out and with the Hall capacity at 100, tickets must be purchased in advance of the evening and sales will be taken on a first-come, first-served basis. The March event sold out within 72 hours, so be quick to book!

After lots of string pulling and behind the scenes work, we managed to re-arrange our 28th March Comedy night, that was affected by the COVID-19 Pandemic to the 18th September 2020. Running two back-to-back shows in a COVID secure, socially distanced format. With Comedians: Tez Ilyas, Justin Moorhouse and compare MC Rob Riley.

Great entertainment on the doorstep.
Superb venue, and the village name always gets a laugh! You would pay a lot more to see these acts in a larger venue and it’s nice to know that we are supporting a good cause, whilst having a great night out!
Jez P
Upperthong

Fantastic comedy show that would be brilliant in any city centre, never mind Upperthong!Top tier comedians who can play to any crowd and create an amazing show for everyone. Can’t recommend this night highly enough. Just wish it happened more often!
John K
Upperthong

The comedy nights at the Village Hall are always so much fun. Top class acts who wouldn’t be out of place on the big stage or the TV. A warm welcoming from the committee and a lively evening awaits!
Gareth C
Upperthong 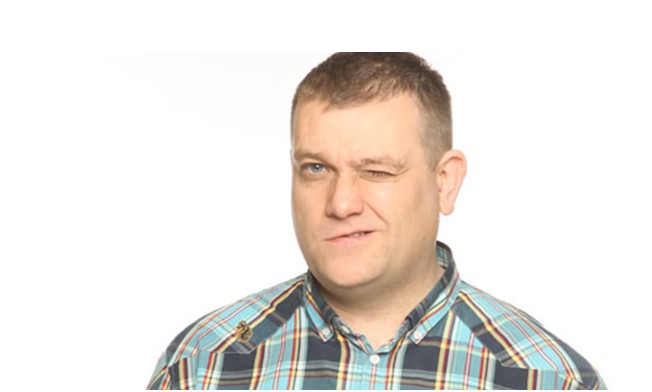 Our compere for our 6th comedy evening was a familiar face Pete Otway. Headlining the show was Newcastle’s Gavin Webster. He was best known to the world for his portrayal of ‘Joe’ in Ken Loach’s 2016 BAFTA winning film I, Daniel Blake. He was ably supported by Musical comedian Mitch Benn (a star of Radio 4) & Bolton’s aspiring comedian Chris Kehoe

Comedy returned to Upperthong Village Hall on  Friday 14th October for the fifth Laugh-A-Thong and, once again, four fantastic acts ensured a sell out event. Archie Kelly is best known for his comic portrayal of Kenny “Dalglish” Senior in the award winning Peter Kay’s Phoenix Nights. Nick Doody’s  career as a stand-up got off to a pretty good start, when Bill Hicks asked him to support him on his final tour of the UK. Will Duggan and Alex Boardman completed the bill.

I’ve been to a couple of comedy nights at Upperthong Village Hall and both times I’ve left with serious face ache from non-stop laughter. Not for the faint hearted (there’s plenty of adult humour!), I really like that there’s a blend of up and coming acts, along with more seasoned professionals who’ve been on TV, as it makes for a good mix and a few surprises. The team who run the village hall always make you feel very welcome and ensure that the bar runs smoothly. A great way to spend an evening with friends, enjoy some top notch comedy and have a few drinks whilst supporting the village hall.
Sarah A
Upperthong

Look out for this regular event!

The Upperthong Community village comedy was hilarious! The compere was a great foil between the three acts. Each act had a different style but equally as funny. It’s well worth looking out for this regular event.
Derek
Halifax